UPS Inc. (NYSE:UPS) reported second-quarter results before the market opened on July 30 that exceeded analysts’ estimates by a wide margin.

Adjusted diluted earnings per share (EPS) surged to $2.13, up 8.7% quarter-on-quarter and more than doubling the median estimates by analysts polled by Barchart. The EPS results surpassed the high-water estimate of $1.30 a share that had been set by analysts at Deutsche Bank.

The Atlanta-based company reported $1.9 billion in adjusted net income, up 8.8% from the year-earlier period. Adjusted operating profit rose 7.4% to $2.3 billion, UPS said. The results included a $112 million pre-tax charge for the ongoing costs of realigning the company’s infrastructure to accommodate more business-to-consumer (B2C) deliveries, which in the U.S. rose 65% over the 2019 period. E-commerce demand surged in the quarter as governments imposed or maintained population lockdowns in an effort to halt the spread of the novel coronavirus.

Average daily volumes systemwide climbed nearly 21% as the company handled an avalanche of e-commerce traffic during the worst of the pandemic in a number of global markets. Domestic U.S. volumes jumped 22.8% to 22.1 million parcels per day. Domestic revenue rose nearly 20% while adjusted operating margins increased by 9%.

Carol Tomé, UPS’ new CEO, said in a statement that the results were “better than we expected.” The company said it would not provide revenue and EPS guidance due to the timing and pace of the global economic recovery. 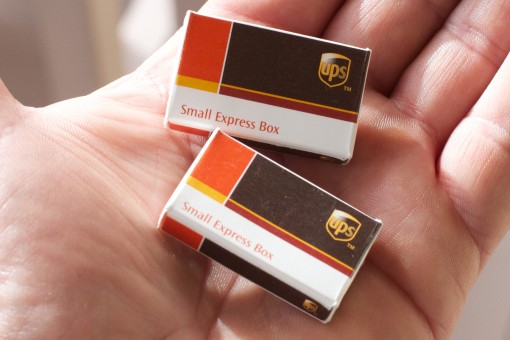 Analysts had flagged a solid quarter for UPS in the wake of strong fiscal fourth-quarter results posted by rival FedEx Corp. (NYSE:FDX) earlier this month. Deutsche Bank’s Amit Mehrotra, who had a bullish outlook on UPS before the FedEx results were published, called the UPS results a “blow-out.” Mehrotra’s estimate had been the highest among the analyst community, he said Thursday morning.

Investors and analysts will look for further details from the company during its conference call later this morning – the first conducted by Tomé since being named CEO in March.