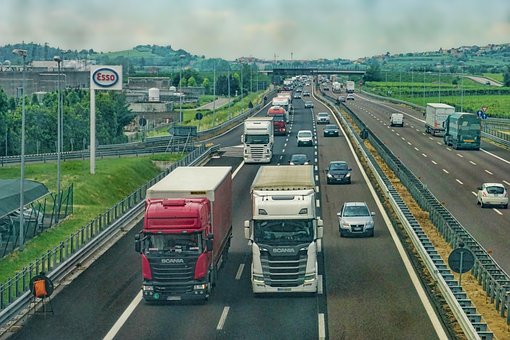 The rubber will soon meet the road for trucking companies. After a couple of months of improving data points, positive commentary from management and analysts raising their earnings expectations, the third-quarter earnings season kicks off later this week. Temperature-controlled truckload (TL) carrier Marten Transport (NASDAQ: MRTN) is first up with results on Thursday, followed by J.B. Hunt Transport Services (NASDAQ: JBHT) on Friday.

After a choppy second quarter, which didn’t begin to see year-over-year improvement in demand until mid-May when stay-at-home mandates eased and the manufacturing complex came back online, the third quarter provided a much more constructive backdrop for the publicly traded carriers. The recent quarter ushered in a period of continual sequential improvement as consumers settled into an at-home lifestyle, forgoing trips and events in favor of hard goods that have to be moved by truck.

At an industry investor conference, management teams from TL carriers noted a continuous improvement in volumes week after week throughout the quarter. Some commented that they would be overbooked on a daily basis even if 10% to 15% of their loads were to walk, while others viewed the current capacity crunch as a once-in-a-career event.

The robust demand environment stems from seemingly endless inventory restocking, including some retail supply chains adding safety stock, and shipments tied to the expectation of a robust peak season. The strength in demand likely kept carriers operating at full capacity during the quarter. However, many carriers have recently indicated difficulty seating additional tractors due to the lack of available drivers, which potentially limits the degree to which year-over-year volume growth occurred. Either way, the improved demand backdrop had a favorable impact on utilization and revenue per tractor per week.

The squeeze on truck supply was evident in the spot market, where rates surged as the quarter progressed. Up approximately 20% year-over-year in the beginning of the quarter, spot rates were nearly 40% higher by the end of the period. While the publicly traded carriers work off of contractual pricing, which lags changes in spot market rates, most carriers have roughly 10% of their TL capacity that isn’t tied to a contract. This provides a lift in revenue per mile metrics when spot rates are rising and improves margins as there is no direct cost offset to price increases. Any lift in rate realized during the quarter helped to offset recent headwinds to expense lines like rising insurance costs and softness in gains on equipment sales.

Some carriers have publicly mentioned that they are in the process of addressing contracts negotiated prior to the pandemic that are priced below the current market. These out-of-cycle mini bids have been prompted by shippers in some cases as they are eager to lock down capacity before the supply dynamic potentially worsens. While the pull forward of contractual rate negotiations wasn’t likely overly impactful to the third quarter, any recent price actions taken present an earnings tailwind in the fourth quarter.

Chattanooga, Tennessee-based Covenant Logistics Group (NASDAQ: CVLG) raised its expectations for the quarter, noting “the freight environment in the third quarter has been favorable across all of our service offerings, leading to operating results that are exceeding our prior expectations,” according to CFO Paul Bunn. The company now expects freight revenue to be between $190 million and $200 million compared to $180 million in the second quarter and $200 million in the year-ago period.

The year-over-year revenue weakness can be attributed to the carrier running approximately 550 fewer tractors on average compared to 2019, which is part of its yield-improvement strategy. Through the middle of September, Covenant reported average revenue per tractor per week of $4,025, 7% higher year-over-year and 10% higher than the second quarter. The company now expects an adjusted operating ratio, operating expenses as a percentage of revenue, in the low-90% range versus prior expectations of a mid-90% mark.

Freight broker Landstar System Inc. (NASDAQ: LSTR) raised its third-quarter earnings guidance by 25% at the midpoint of the new range. The company expects loads hauled via truck and revenue per load to increase in the low-single-digit range compared to last year. Landstar’s new guidance is significantly improved from the original guide issued in July, which called for mid-single-digit declines in both metrics. 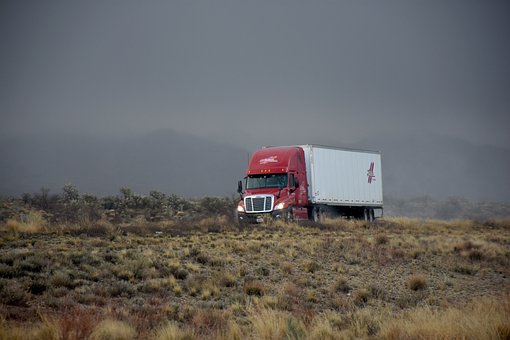 Several equity research analysts have raised earnings-per-share (EPS) estimates for the TL carriers they follow. At the end of August, UBS (NYSE: UBS) freight transportation analyst Tom Wadewitz raised his earnings forecasts by mid-single to mid-teen percentages for the second half of 2020, pointing to a strong spot market and low retailer inventories as reasons for the change.

He followed up with another raise last week, increasing full-year 2021 and 2022 estimates an average of 23% and 17%, respectively. “The current extreme tightness in the TL spot market plus a constructive outlook on freight point to double-digit rate increases in 2021,” Wadewitz stated.

Deutsche Bank (NYSE: DB) analyst Amit Mehrotra raised estimates for TL and less-than-truckload (LTL) carriers by an average of 18% for the third quarter, citing positive conversations with carrier management teams. His new forecasts for the third quarter stood an average of 17% higher than the consensus estimates at the time of the change. He also raised his estimates for the group through 2021. “The bottom line is we expect transportation results to be very strong across the board, with likely more to come over the course of the next several quarters,” said Mehrotra.

Morgan Stanley’s (NYSE: MS) Ravi Shanker expects eight of the nine TL and LTL carriers he follows to beat third-quarter consensus expectations. The outlier is expected to report inline results. He modestly raised third-quarter and full-year numbers on the group last week, calling on the strength seen in TL rates, capacity tightness and e-commerce volumes as the catalysts for the outperformance. His new third-quarter expectations are approximately 12% higher on average than consensus forecasts. 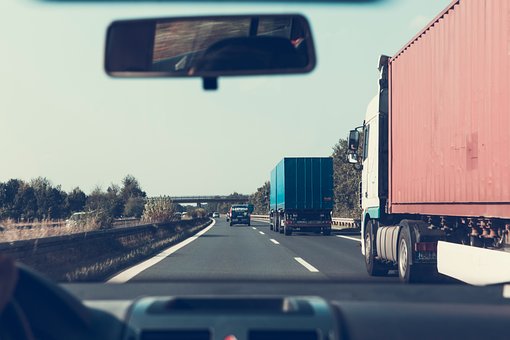 Focus to center on continuation of strong demand, peak season and driver headwinds

The commentary on peak season demand and October trends will likely garner the bulk of the attention. At the forefront, demand and pricing aren’t presenting obstacles to a future TL bull market. There are several capacity headwinds – high level of carrier failures since 2019, prohibitive increases in insurance costs, the implementation of the Drug & Alcohol Clearinghouse, tight credit markets and a sustained period of below replacement level Class 8 truck buying (even with the outperformance seen in September’s preliminary order activity) – that are supportive of the current TL supply-demand dynamic and likely to boost carrier earnings moving forward.

Headwinds from COVID-19 fears, the Drug & Alcohol Clearinghouse, limited driver school enrollment during the pandemic and a strong construction employment market have reduced the number of qualified drivers. The current tightness in the driver pool presents a double-edged sword for carriers. The lack of drivers has been a recent headwind for fleets as they attempt to seat tractors and capture incremental volumes. On one hand, this has kept truck capacity in check, driving spot rates higher. On the other, it’s likely to be the biggest impediment to future growth facing the industry, barring a step backward in the economy.

In its recent industry report, U.S. Xpress (NYSE: USX) forecast total CDL drivers to decline by 200,000 by the end of this year. The company believes wage increases in the 15% range could be required to find the drivers needed to meet demand. However, the driver pay increases are likely to be more than offset by increased TL rates, according to at least one analyst.

“We think it’s natural to see this type of upward pressure on driver pay in the context of all-time high spot rates,” stated Mehrotra in a recent email to clients. “But importantly, we still think increases in truckload spot rates far exceed driver wage inflation pressures for companies, but this is nonetheless going to become an increasingly important topic in assessing the magnitude of margin expansion potential as we move into 2021.”

While the near-term runway looks promising for carriers, their ability to address the driver issue could go a long way in determining future revenue growth. Price increases, acquisitions and non-asset-based organic growth initiatives still present levers for revenue increases but fleet growth may prove hard to come by given the current driver dynamics. In any event, the current backdrop is really a far cry from the obstacles facing the industry entering the year and during the early days of the pandemic.