SouthernCalifornia has become the hub for the domestic freight market

Southern California has become a key entry point for freight entering the U.S. in the post-COVID-19 market. After a notable shift in shippers moving freight in through the eastern ports in late 2019, they have scrambled to recover lost time and manage inventories in what has become, to use a cliche, “the new normal.” According to the Freightos Baltic Index, Maritime spot rates have grown 84% from China to North America’s West Coast over the previous year as maritime carriers have cut capacity in anticipation of a decline in demand. Truckload volumes have grown 19% out of the Los Angeles market year-over-year (y/y), while domestic intermodal volumes have also increased 10% over the previous year.

Southern California has long been a bastion of freight in the U.S., originating over 7% of all for-hire truckload volumes over the past two years. For the rail sector it represents almost 20% of all intermodal volumes over the same time period. Interestingly enough, after the economy started recovering, all modes increased in market share out of the market.

The Los Angeles markets averaged originating 5.8% of the U.S. domestic freight through the first five months of the year. After the start of May they are averaging a 6.85% market share value according to the Outbound Tender Market Share Index (OTMS).

The significance of this for carriers is that it suggests shippers are now diverting from their pattern of late 2019 when they were pulling more freight into the country via ports closer to the population centers on the East Coast. They appear to have abandoned that practice for the moment in order to take advantage of a rate-suppressed truckload market and faster service.

For example, it adds seven to 10 days to move ships to the port of New York/New Jersey from the main ports in China, whereas a truck with a team of drivers can drive across the country in a few days. Excluding the variance in port congestion, trucks remain the faster mode of transporting freight across the country. 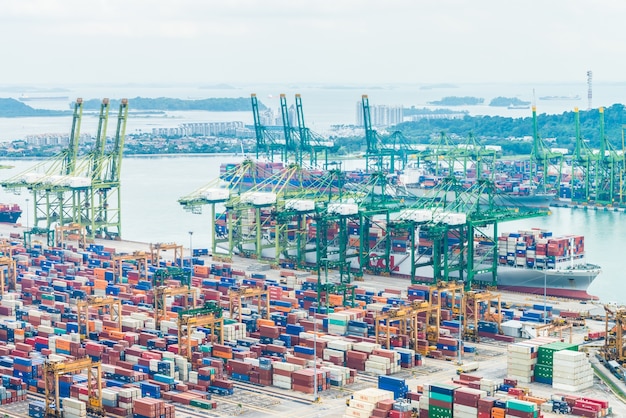 According to Mike Baudendistel on this week’s Freightonomics podcast, this is a signal that shippers are transloading more freight out of the 20- and 40-foot containers into the 48- and 53-foot units before moving across the country. This is a by-product of a shortage of containers in China and maritime shippers controlling their costs by keeping their equipment positioned closer to the ports.

The one concerning figure in all this is the customs number, which is the only negative figure in this week’s chart. Imports have recovered to an extent, but are still well below the previous year. This could be a product of limited capacity or lower demand or both. In any case, the implication is not great for the next few months if this number does not increase.

After looking at sites like Amazon and Wayfair, inventories are already showing signs of weakness. Delivery windows have expanded from days to months in some cases. If consumers cannot retrieve their goods in a short enough window, they may abandon the purchase. Eventually there is the looming economic situation where stimulus packages end and the expectation is that many will still be left without a job after the dust settles, meaning less disposable income.

So far the economy is showing signs of resilience. The housing and home improvement sectors remain strong, and consumer spending has seemingly shifted to other avenues as people adjust to the post-COVID-19 lifestyle. Macroeconomic figures have shown to be somewhat disconnected from the current state of the freight market, however, with shippers scrambling to adapt their supply chains and respond to a rapidly changing environment. Southern California has become a good area to watch for changing activity.