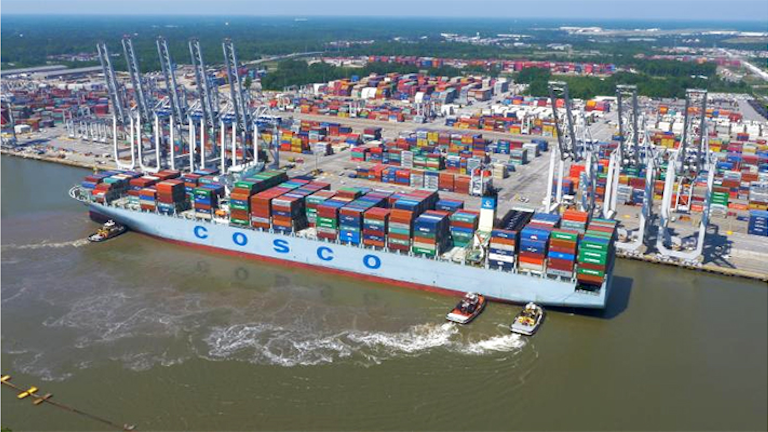 The Georgia Ports Authority (GPA) will expand the Port of Savannah’s acreage by 10%, an addition that will allow the third-largest container gateway in the U.S. to handle double its 2019 volume by the next decade.

GPA had originally targeted the port, now roughly at 5.5 million TEUs in capacity, to reach 8 million TEUs through a $2.5 billion, multi-year expansion. The latest acreage acquisition will bring the port up to more than 9 million TEUs by 2030, Lynch said.

“This is the largest addition of container terminal space in Savannah in more than 20 years, and represents a powerful opportunity for Georgia to take on new trade,” Lynch said.

Savannah’s Garden City Terminal, the largest in North America at 1,200 acres, is now ready to serve three 14,000-TEU vessels simultaneously, thanks to the addition of a new dock. Lynch said GPA will add a fourth dock by 2023.

To reach the 9 million-TEU target, the GPA also plans to convert part of the nearby Ocean Terminal, now largely serving breakbulk and vehicle imports and exports, to handle containers.

Ocean Terminal will get a new truck gate, upgraded container yards and rubber-tired gantry cranes to handle container freight. The first phase of the Ocean Terminal conversion is expected online by the end of 2020.

The GPA also plans to add yet another site, the Savannah Container Terminal, to be located on 200 acres on Hutchinson Island. Once built, it will have a capacity of 2.5 million TEUs annually by 2025.