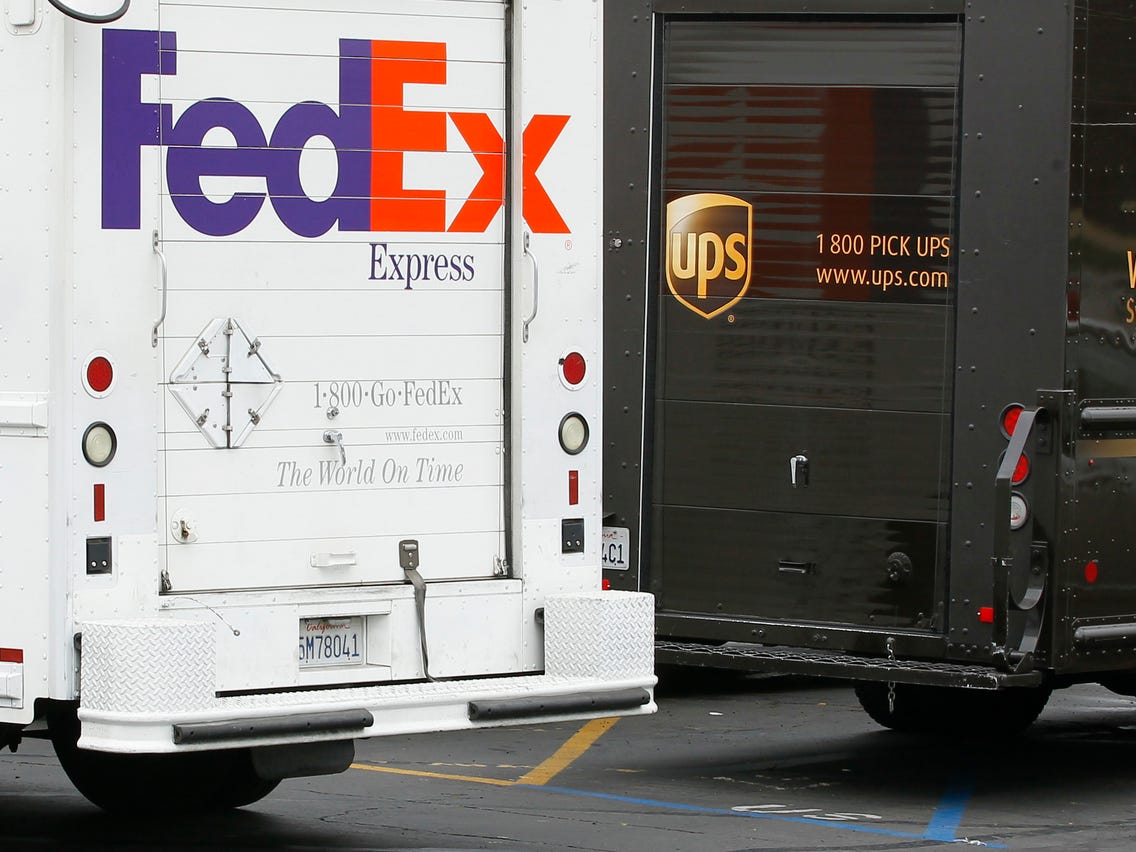 For FedEx Corp. (NYSE:FDX) and UPS Inc. (NYSE:UPS), the demand iron has rarely been hotter. So it makes perfect sense to strike their shippers as often as possible.

With holiday demand, especially from e-commerce, expected to surge by as much as 50% over the 2019 peak, the companies are hitting their largest customers with big-time surcharges that take effect in November. But the purple and brown hammers aren’t stopping there. According to Rob Martinez, founder and co-CEO of parcel consultancy Shipware LLC, UPS is using fourth-quarter volumes as negotiating leverage even over moderate-volume shippers that are mostly being spared the pain of the surcharges.

Martinez said UPS’ negotiating message is a straightforward one: “‘Sign the proposed UPS pricing agreement NOW (his caps for emphasis) or get left out in the cold.’”

Martinez added, though, that FedEx and UPS continue to be responsive to pricing requests from smaller shippers, customers coveted by both carriers because they are stickier than big shippers and typically lack the huge volumes to demand deep discounts.

As evidence of mounting negotiating pressure as Atlanta-based UPS gets closer to peak, several contract proposals that have been “lingering on the table a little too long” have since swung from huge savings to huge increases in just a few short weeks, Martinez said.

For example, a shipper that two months ago was offered a contract that would save it $8 million a year is now facing a revised version that includes an 18% rate increase, Martinez said, citing a conversation regarding the customer of a rival consultant. What’s more, UPS would handle only a percentage of the customer’s volume, he said. A UPS spokesman declined comment, saying the company doesn’t publicly discuss customer relationships.

Some FedEx shippers, meanwhile, could begin experiencing higher costs as early as Thursday. In response to shippers whose business and volumes with Memphis, Tennessee-based FedEx took hits over the past six to seven months due to the coronavirus pandemic, FedEx “froze” their discounts within their pre-COVID-19 revenue bands. This mitigated the risk of shippers losing their discounts even though their traffic with the carrier declined. However, Martinez said he was told by a rival consultant that FedEx will “unfreeze” those accounts starting in October. This would “re-level” underperforming shippers into lower revenue tiers, which would translate into lower discounts, he said. FedEx did not respond to a request for comment. The carriers have justified the rate increases and ancillary actions as necessary responses to unprecedented demand that will crest, at least in the near term, during the fourth quarter. There is little doubt that FedEx and UPS will absorb higher costs to service peak season 2020 traffic. But the carriers also see a golden opportunity to finally make hay after spending several years and billions of dollars to build out infrastructures to cost-effectively manage the avalanche of lower-yielding business-to-consumer (B2C) traffic. Business-to-business (B2B) volumes are generally more profitable because they involve more pickup and delivered parcels per stop than B2C.

“The pendulum has definitely swung” in favor of the carriers, said Todd Fowler, transport analyst for KeyBanc Capital Markets.

No room at the inn

For shippers and retailers that count on peak season to make their year profit-wise, these are dangerous times. Many turn to IT-centric logistics specialists like Hickory, North Carolina-based Transportation Insight LLC (TI) to uncover ways to skirt, or at least minimize, the impact of the surcharges and other levies while meeting their service commitments. But this year is unlike any other, said John Richardson, TI’s vice president of supply chain consulting. Based on conversations with TI clients that are shippers and retailers, Robinson said there’s already palpable worry about late deliveries, insufficient warehouse capacity or a combination of both. Consumers, in turn, should expect a level of service that “will be less than advertised,” Richardson said in a phone interview.

Perhaps anticipating these issues, FedEx on Nov. 2 will shift a percentage of deliveries to allow for an extra day of transit and still appear ‘on time’, Martinez said, citing discussions with one of his clients, a FedEx shipper. Martinez said the client told him that FedEx is tired of third-party auditors publishing in-transit comparisons showing FedEx underperforming UPS during the holidays, even though UPS relaxes its time-in-transit guarantees every holiday. In response, FedEx would take a page out of UPS’ playbook this season, the Shipware client was told.

As a result, some FedEx two-day delivery nodes would be changed to reflect “on time” delivery within 3 days, changes the company was allowed to make, Martinez said “FedEx’s point is that UPS doesn’t perform better during the holidays than FedEx, but rather that UPS simply moves the bogey,” he added. 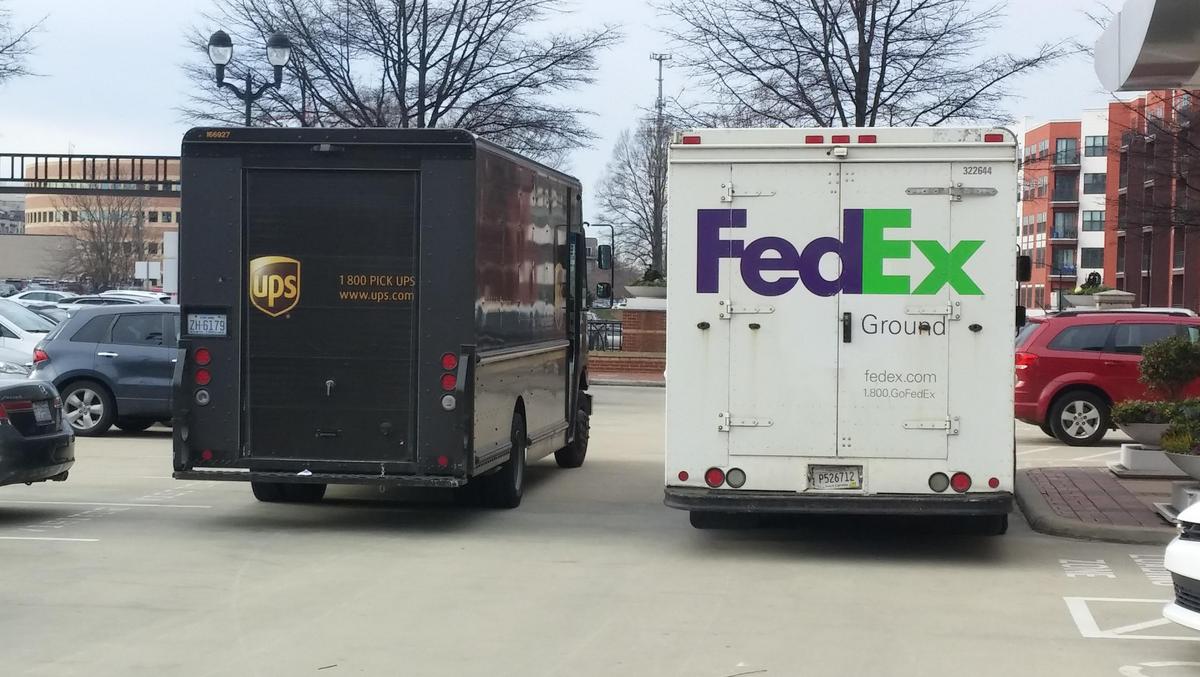 Shippers scrambling for alternatives are finding few at this point in time. Regional parcel carriers OnTrac, LSO and LaserShip have stopped accepting new business for peak because their networks are filled to the brim. Austin, Texas-based LSO’s CEO, Richard Metzler, whose parcel unit covers all of Texas and Oklahoma, said the company is closing in on as much first-quarter 2021 business as it can handle. Phoenix-based OnTrac, with an eight-state West Coast network that includes California, Arizona and Colorado, has turned its prospecting efforts to the first quarter, said Mark Magill, vice president of business development. Vienna, Virginia-based LaserShip serves 21 East Coast and Midwest states, and the District of Columbia.

Less-than-truckload (LTL) carriers may be a safety valve. However, LTL networks are already very tight, and parcel shippers put off by massive fees tacked on by FedEx and UPS to handle big and bulky shipments are reaching out to LTL carriers with additional business, according to Richardson of TI. In addition, LTL networks are not structured to handle residential deliveries and many carriers really don’t want them, he said. The one exception may be FedEx Freight, FedEx’s LTL unit, which has a separate home-delivery business for large-format shipments. In the first three and a half months of FedEx’s 2021 fiscal year, which began June 1, FedEx Freight delivered more than 750,000 non-conveyable shipments for FedEx Ground. Before May, the Freight unit had never delivered a Ground package.

The third big parcel player, Seattle-based Amazon.com Inc. (NASDAQ:AMZN), also faces its fair share of challenges. It expects to handle historic peak volumes, and it will come on the heels of the company’s Prime Day two-day online extravaganza, which was postponed from July and kicks off Oct. 13. One saving grace of the Amazon event is that it may convince holiday shoppers to order earlier, thus spreading out deliveries and taking pressure off the carrier networks, said Richardson of TI. 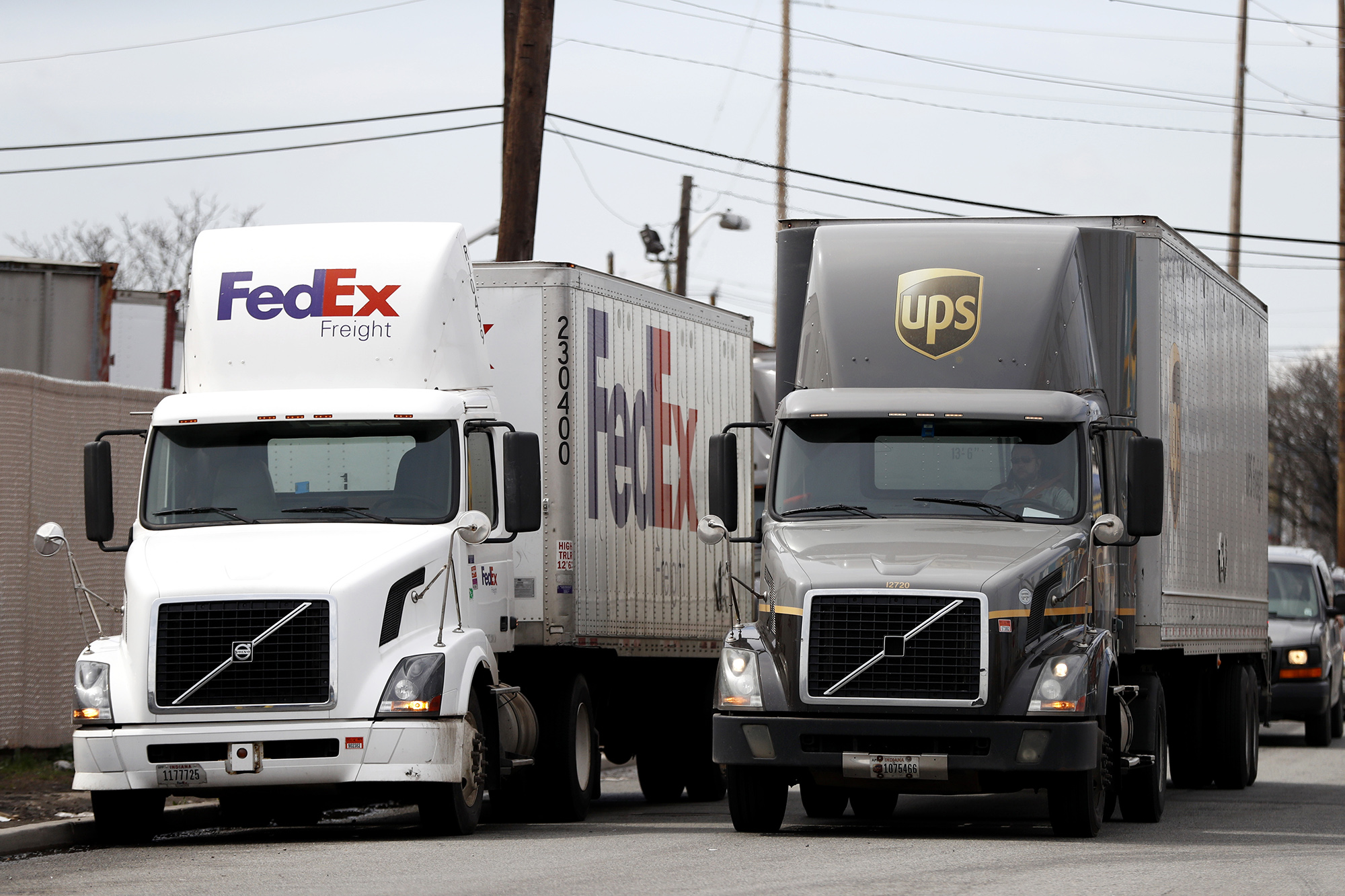 That may not be enough. Dean Macuiba, managing partner, North America, for consultancy Last Mile Experts, said he recently buttonholed an Amazon driver in a densely populated residential and commercial section of Buffalo, New York, where he lives. The delivery person said she was already making between 150 and 225 stops a day with peak still a month or so off. When Maciuba asked her how she would be able to handle peak volumes, the delivery person replied, “I won’t be here.”