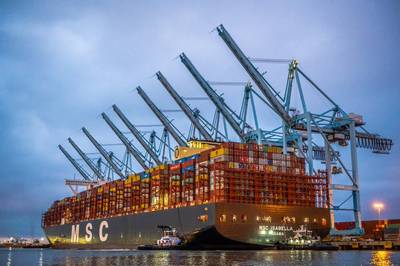 The 18,465 containers moved from the ultra-large container vessel (ULVC) MSC Isabella at APM Terminals’ Pier 400 in the Port of Los Angeles last week set a new world record for most boxes moved during a single port call.

Approximately 400 meters long and 61 meters wide, with capacity to carry up to to 23,656 TEU, MSC Isabella is one of the largest ships in the world. The mega-ship is part of a new class of 23,000+ TEU containerships recently added to the MSC global shipping network. 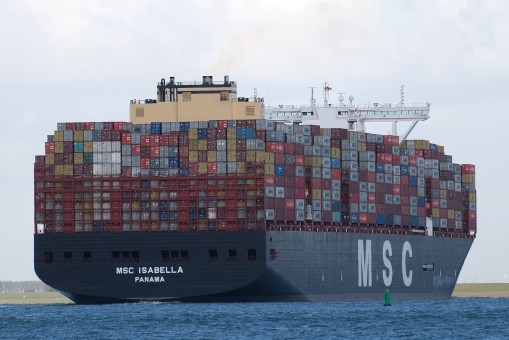 MSC Isabella’s arrival in Los Angeles marks its first time calling at a North American container port. The ship arrived at APMT on Friday, June 12, and departed June 19. During the ship’s call, the ILWU operated nine ship-to-shore cranes to execute the record-setting feat.

The Port of Los Angeles, North America’s leading seaport by container volume and cargo value, remains open with all terminals operational during the COVID-19 pandemic.