Latin American market remains despite the fall in regional industry 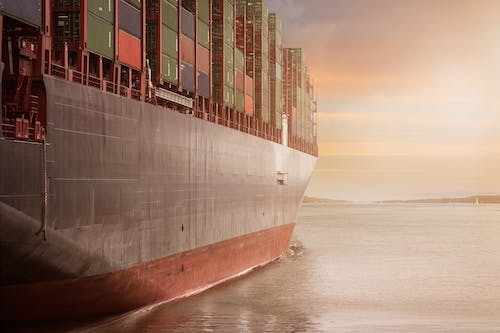 Despite the contraction compared to the previous year, the consumption of rolled steel in Latin America has recovered this month for the first time this year, exceeding expectations made at the beginning of 2019. Consumption in the region from January to July fell 4% in relation to it 2018 period. After the withdrawal seen in June, it recovered by 6% in July. But, in relation to July 2018, the reduction in consumption was around 3.68%. Even so, the result of consumption in the month was 1% higher than the average seen in the first half of 2019.

This positive variation is mainly due to the resumption of imports from China, which have grown again throughout Latin America. In July, Chinese imports from the region increased 5.9% compared to June, very similar to the 6.3% increase observed from May to June. Much of the increase recorded in the seventh month of the year was driven by Mexico, which experienced a 7.3% growth in consumption compared to June and represents 46% (138 thousand t) of the Latin American recovery (298 thousand t). In the meantime, Chinese imports from the country advanced 20.1% from May to June and 31.1% from June to July.

In this context, the production of crude steel and rolled steel in Latin America in August fell 5% and 6%, respectively, versus January-August 2018. However, there is still a cumulative deficit of 2.1 Mt in the rolled steel production compared to the first eight months of 2018. 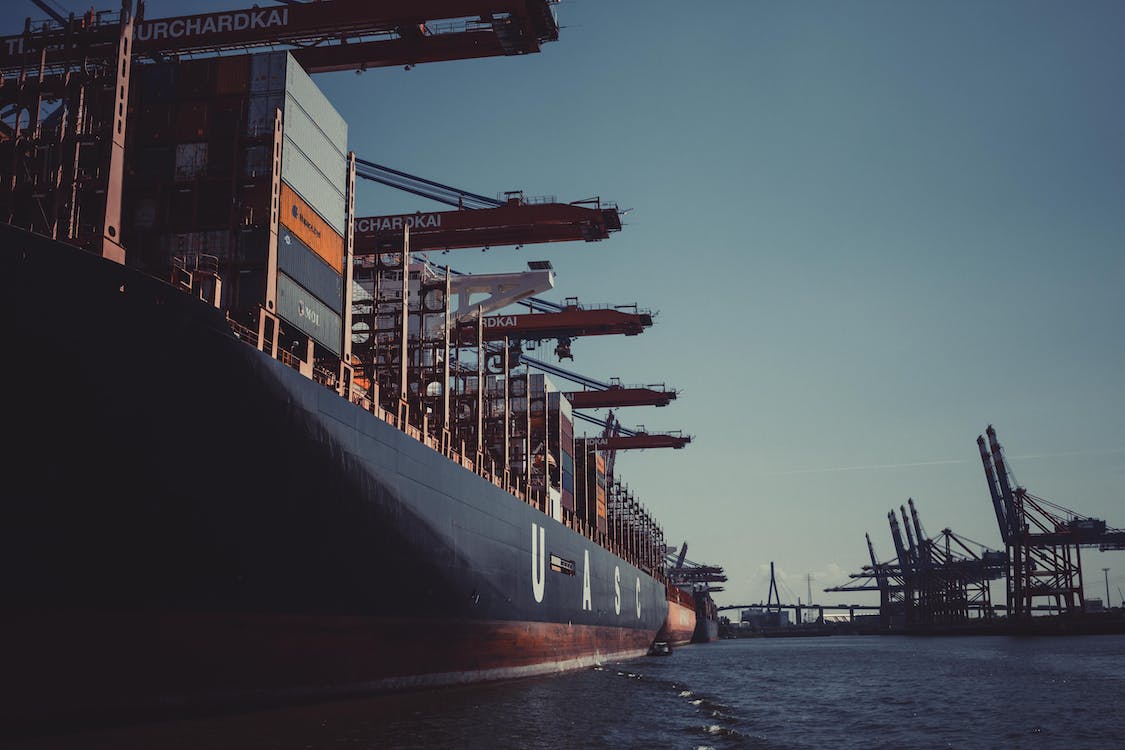 “Latin America has been punished for low consumption and the consequences of commercial tensions. In addition, the region faces the arrival of cheap products under unfair competition from China. Suffice it to note the growth in Chinese exports, revealed by the OECD data from the Steel Committee (+ 12.7%), basically due to the contraction in Chinese domestic consumption. Its production has increased according to worldsteel + 9%, meanwhile in the Latin American countries we report a drop of -6%”, says Francisco Leal, General Director of Alacero. 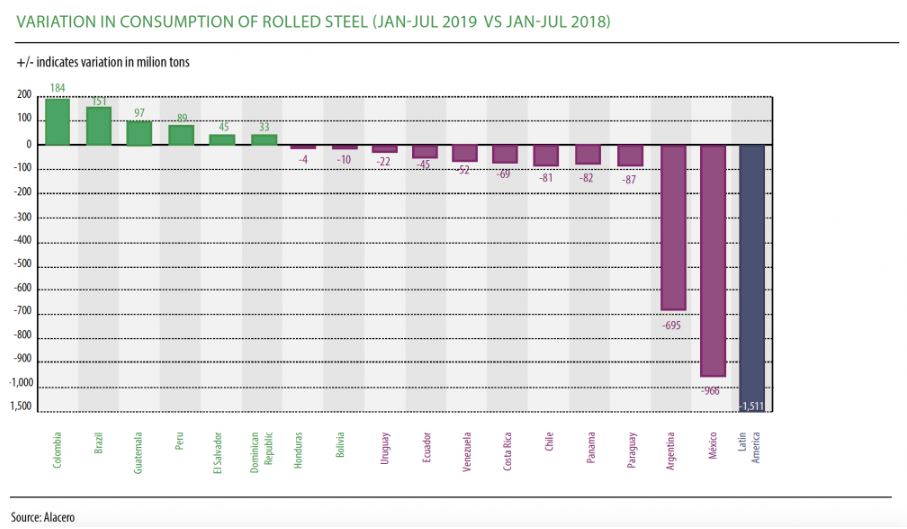 Deficit grows back as consumption increases

The presence of imports in Latin American consumption remained stable, although these are at a lower level than last year. Imports had a 36% share of consumption in the year, the same percentage of the first half. In July, it recorded an increase of 19% compared to the previous month (+311 thousand t). However, the result indicated a 0.1% drop in comparison to July 2018 and a 3% decrease in the accumulated compared to January-July 2018. Mexico registered an increase of 130 thousand tons (18%), which represents 42% of the growth of imports in Latin America. Brazil had an increase of 26 thousand tons (19%), representing 8% of the regional growth.

The region’s exports decreased driven by the below-average withdrawal in the Brazilian market. They recorded a 10% drop compared to the previous month and with July 2018. In the year to date, the drop was 6%. Brazil fell 28% (-96 thousand tons), above the cut observed in Latin American exports of 74 thousand tons. The main growth occurred in Chile (10 thousand t), Costa Rica (6 thousand t) and Mexico (4 thousand t). 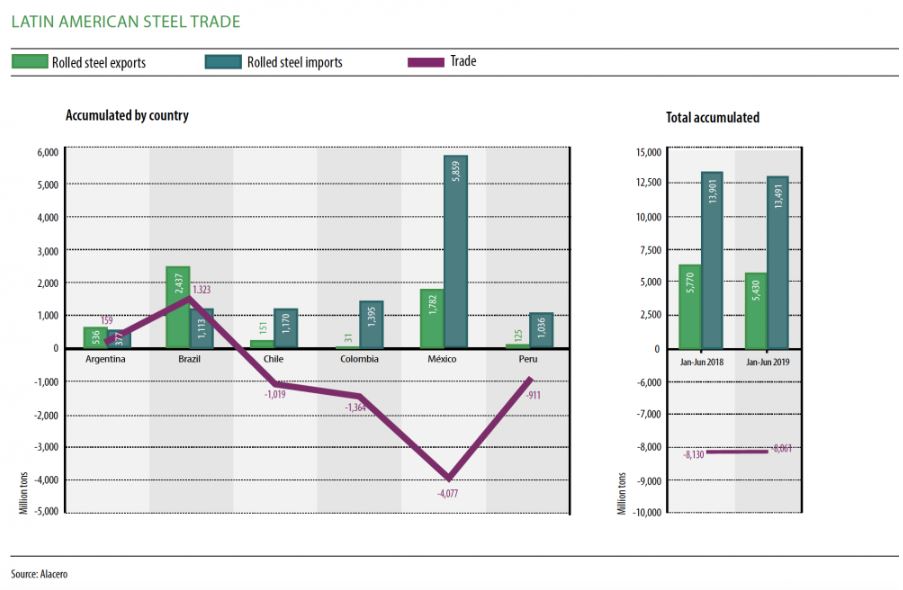 In July, the Latin American trade balance experienced its greatest deficit since April and was 44% higher than the result of June. Compared to July 2018, the deficit advanced 6%, registering the worst monthly deficit of the since July 2017.

Brazil and Argentina were the only countries in the region that achieved a positive balance of 1.3 Mt, compared to 1.2 Mt, and 159 thousand tons, compared to 124 thousand tons, respectively, in June. The result shows a large gap in investments in manufacturing infrastructure to build its economic recovery. Mexico, whose balance of -4.1 Mt was below the -3.5 Mt seen in June, represents the largest deficit in the region: 51% of the total in Latin America, compared to 50% in June. 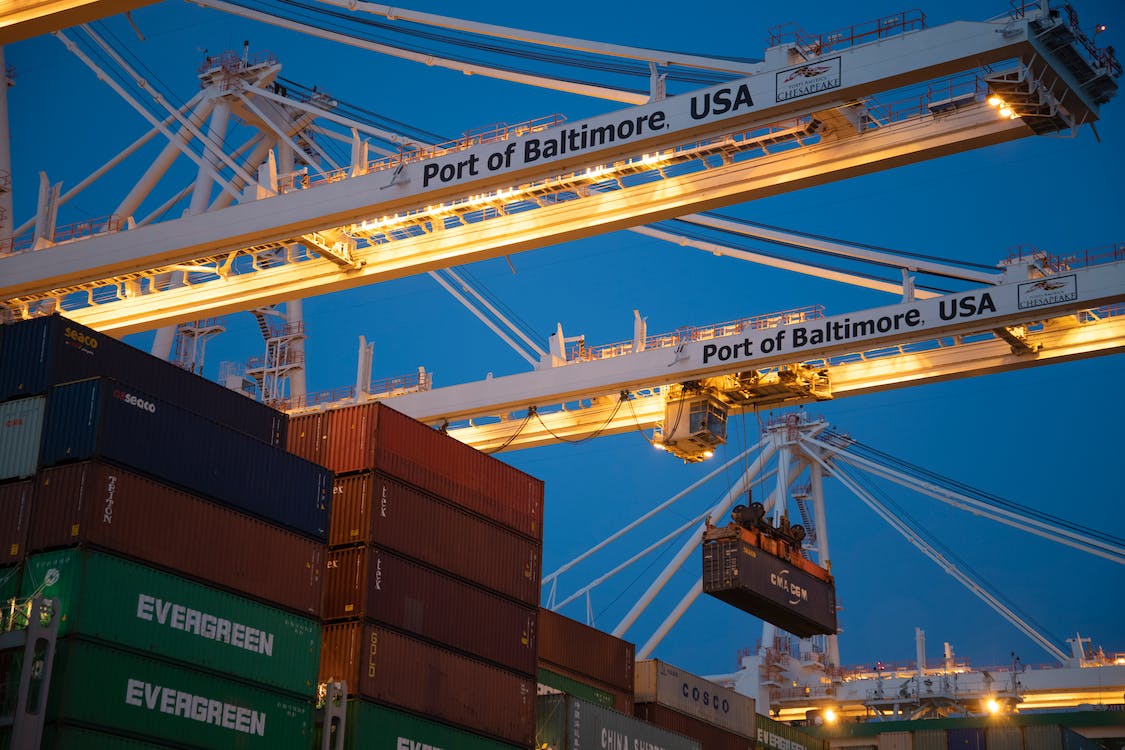 The participation of Latin American production in consumption during the first seven months of 2019 was 79%, compared to 81% in the same period last year. This result shows a loss of representativiness of the local industry in the resumption of consumption. In addition to a non-proportional increase in production exports, the aspects of deindustrialization and the loss of competitiveness raised in recent reports are reinforced.