Normal activities at Chittagong Port are being hampered as many importers of refrigerated containers (refer containers) are not taking delivery of the shipments on scheduled time.

Port officials and traders said container congestion at the jetties of the port and docks of ships have returned after about two weeks due to delay in taking delivery of the imported perishable goods from the refer containers by their importers.

Earlier, the container congestion at jetties and docks of the country’s prime sea port ended in the last week of April after shifting of goods-laden containers, including that for readymade garment (RMG) industry, to bonded warehouses or empty yard of the port following intervention by the concerned authorities.

In April, container congestion at the jetties of the port reached a record 54,000 TEUs against its capacity of 49,600 TEUs.

Now, the number of refrigerated containers at the port reached a record 1,200 as 80-100 refer containers are being released at the jetties from ships every day.

He said the CPA has decided to impose fines, four times more than usual ones on importers for keeping the refer containers at jetties and docks beyond the scheduled time of taking delivery. 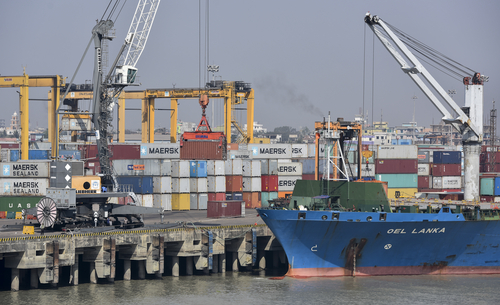