Container shipping activity has staged a sharp rebound in recent months and is nearing pre-pandemic levels — but the outlook remains clouded in uncertainty, a top industry executive told CNBC.

“Here we are in September, and actually, we’ve almost recovered back to the levels we had in global container volumes compared with pre-Covid,” Jeremy Nixon, the chief executive officer of Singapore-based Ocean Network Express (ONE), told CNBC on Monday.

Nixon now sees signs of a V-shaped rebound underway, after a six-month “roller coaster” ride that began as a supply shock concentrated around China and evolved into a worldwide demand problem by Spring. The coronavirus outbreak was first reported in the Chinese city of Wuhan late last year, and has since spread to the rest of the world, ravaging demand as well as the global economy.

He attributed the expected rebound to three main factors:

a surge in demand for personal protection equipment (such as masks and gloves), and medical goods; inventory build-up during the shutdowns are returning online again; a shift in consumer purchasing behavior as people cut back on travel and hospitality and spend more time and money at home.

“What we’ve seen in the last two or three months, those items around the home — whether it’s home improvements or enhancements to people’s home offices, electronics or even exercise bicycles — we’re seeing that sector has really picked up, and a lot of that production actually moves in containers as opposed to air freight,” Nixon explained. 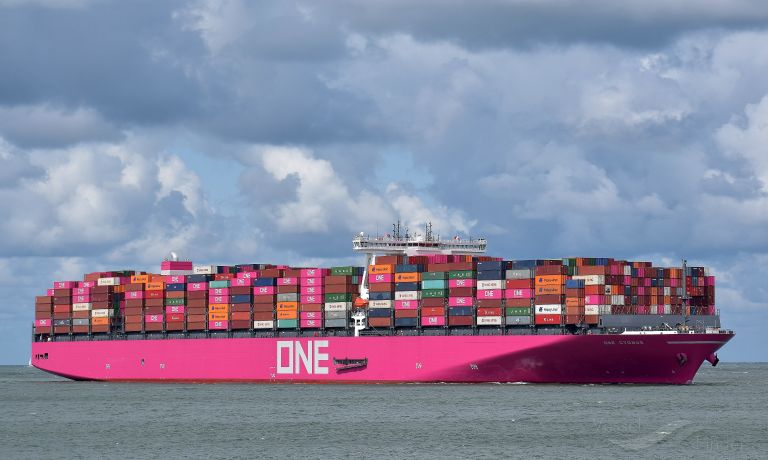 Fragile rebound, weakness remains
ONE’s liner network services more than 100 countries, operating in a sector that moves over 90% of global goods, which gives the company a unique window into global economic activity.

Though there appears to be a rising tide lifting most boats, the group’s CEO says some pockets of weakness remain. “A lot of the automotive production, whether in Europe, America, Asia — particularly in Japan — is still quite weak,” Nixon explained.

On a regional basis, the recovery has become more widespread as lockdown measures ease. “Maybe some of the demand around intra-Asia is still recovering but we can see Europe is strong, North America is strong and even Latin America has picked up as well.”

Our exuberance is curtailed at the moment because we don’t really know how 2021-22 is going to play out. How much of this is a temporary build up in demand?

Nixon cautions, however, that relative to the V-shaped recovery that the industry witnessed in the aftermath of the global financial crisis, the current rebound looks more fragile.

“Our exuberance is curtailed at the moment because we don’t really know how 2021-22 is going to play out. How much of this is a temporary build up in demand?” He also pointed to the risk that in Winter “some pickup in the pandemic situation means curtailment of certain activities and production.”

Trade war effect?
Before Covid-19 threatened to devastate container shipping, the sector was already grappling with the U.S.-China trade war and the specter of additional tariffs.

Nixon played down fears, however, that a further deterioration in ties between the world’s two largest economies could dent the industry’s recovery in the months ahead.

“We don’t really like the tension. We don’t like politics interfering with global trade and supply chains, but maybe it’s part of the backstory these days. It would seem, at the moment, it’s not impacting cargo flows too much,” he said. “At the end of the day, we’ll still move the same amount of product on the ocean, it’s just a question of from which origin and to which destination.”

Nixon is not convinced about longer-term projections that the pandemic could usher in an era of de-globalization as countries rethink overseas production and respond to nationalist pressure.

“I remain an optimist in terms of overall efficiency of global supply chains and being able to use shipping as the most efficient way to move products, I think that’s going to continue for some time to come,” he said.