Air cargo hits the ground with a bump in August

The air cargo industry was brought back to earth in August as freight volumes declined by 7.1% compared with a year earlier.

Analyst WorldACD said that in July, there had been some hopes that air cargo could be on the road to recovery as it posted a decline of 4.2%,  an improvement on performance during the rest of the year.

However, the drop in August “brought the industry back to earth”. As well as the volume decline, yields in US dollar terms for August were down by 9.4% compared with a year ago.

“The various regions of the world contributed in roughly the same measure to the decline; exceptions were Africa (volume +1.6% YoY) and – at the other end of the spectrum – the Middle East and South Asia (-10.4% YoY),” WorldACD said. 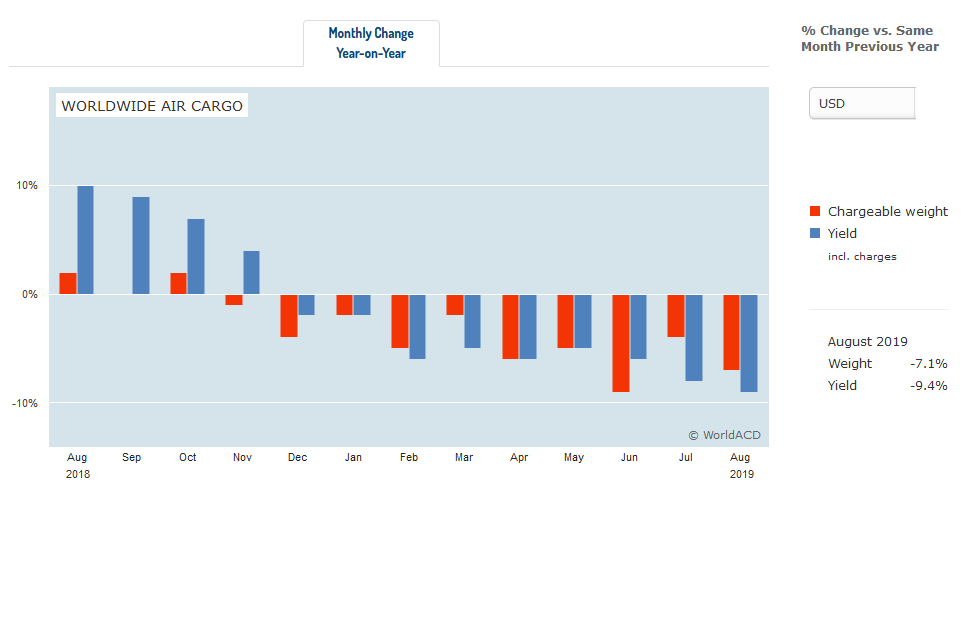 “Looking at the year to date, i.e. the eight months from the January through August 2019, worldwide air cargo volumes were down by almost 5% and yields (in USD) by 7.1% for general cargo, and by 3.8% for special cargo categories.

The analyst said that Asia Pacific is the main regional victim when looking at destinations, particularly in terms of cargo flow from the US to China. However, as an origin, China is doing well with volumes to destinations outside Asia Pacific even increasing.

China’s neighbours also continue to perform well in terms of cargo revenues, although WorldACD said it was hard to say if this is directly the result of the China-US trade war.

“Vietnam is clearly improving its position in air cargo flows to and from the US, and to a somewhat lesser extent, so is Taiwan,” WorldACD. “But the countries in North-East Asia do not make the impression that they benefit from the trade war. 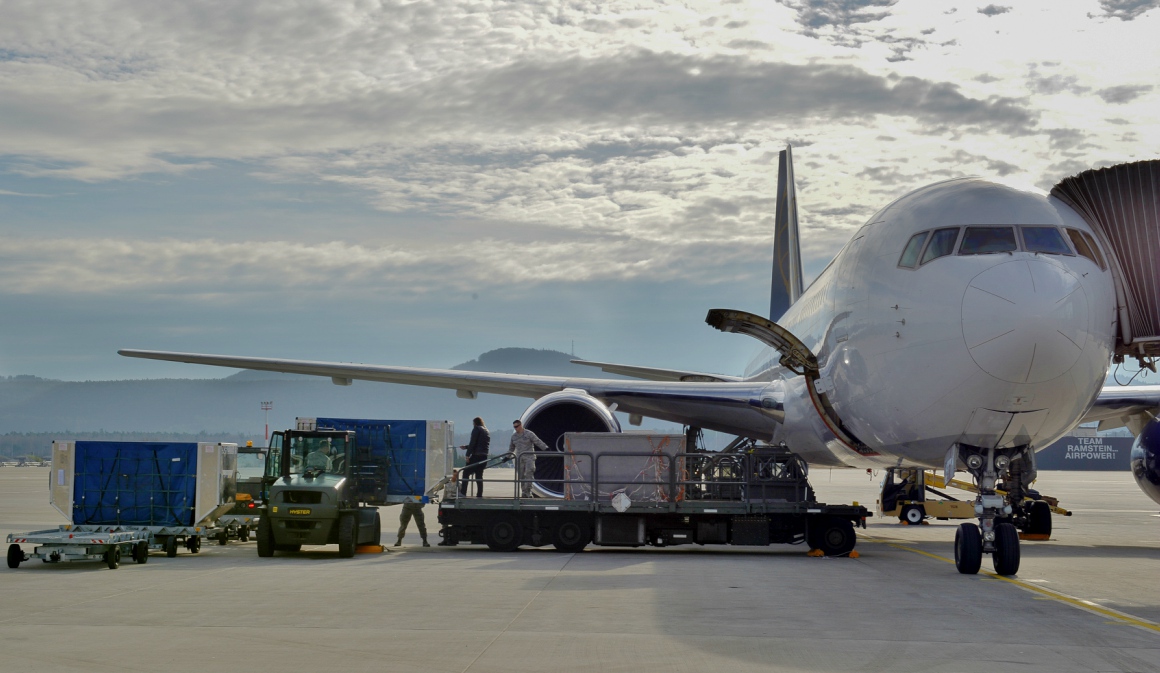 “When looking strictly at the US dollar-revenues made from air cargo flows between China and the USA, North American carriers suffered more than Asian carriers (-26% vs -17%), but carriers originating outside the USA or Asia lost ‘only’ 12%.”